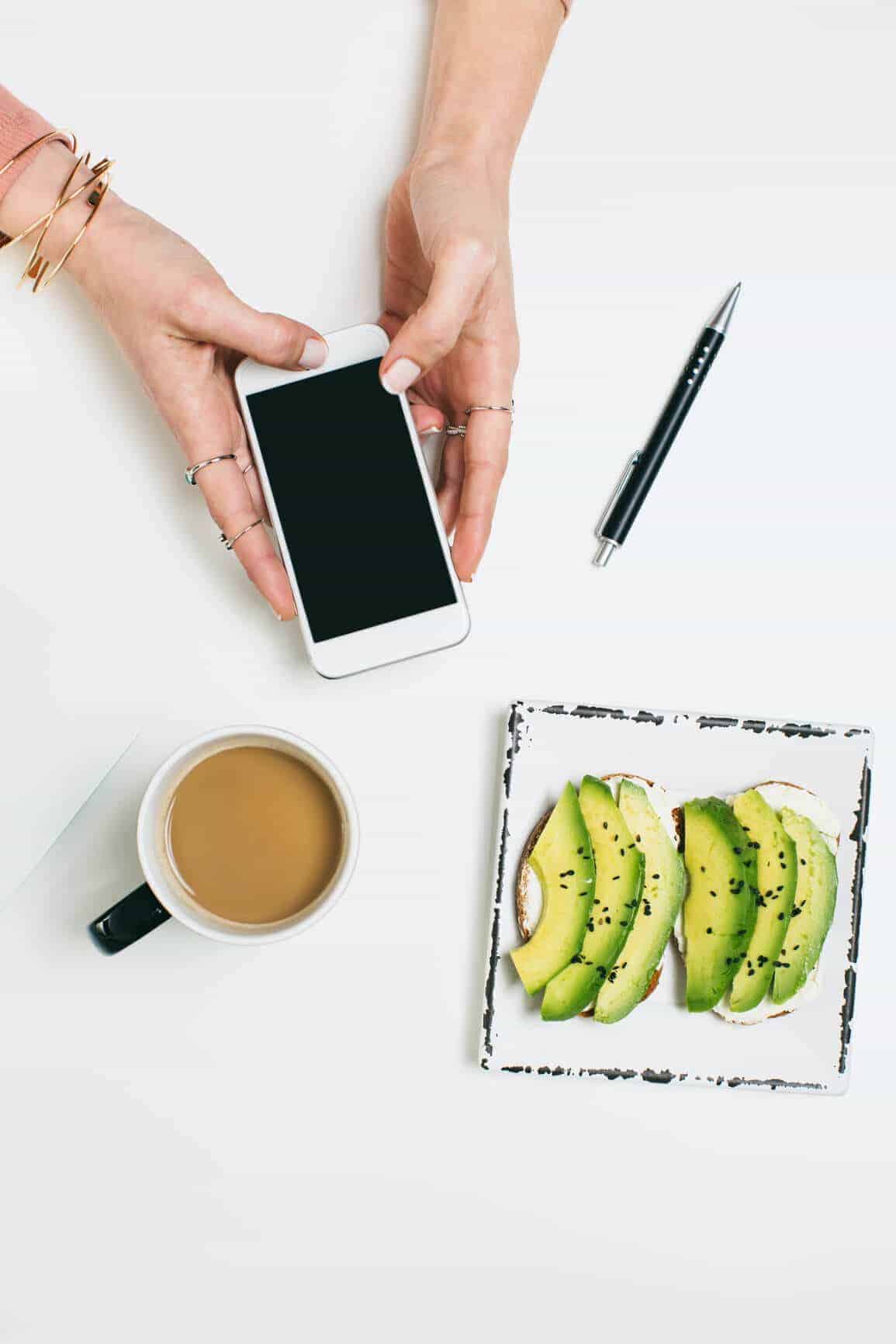 As Chase Jarvis like to say – so much that he used it as the title for his book – "the best camera is the one that's with you." For many of us, it's an iPhone that we use to snap photos, in between replying to messages and taking care of business on the go.

But while the iPhone and its stock camera app is great enough on its own, there are a handful of tools that can make editing on the run or getting a perfect shot in a tricky situation so much easier. Today we're sharing a list of our favorite apps and accessories for doing just that, so you can take your iPhoneography to new heights.

Shoot on any surface with Joby's GorillaPod 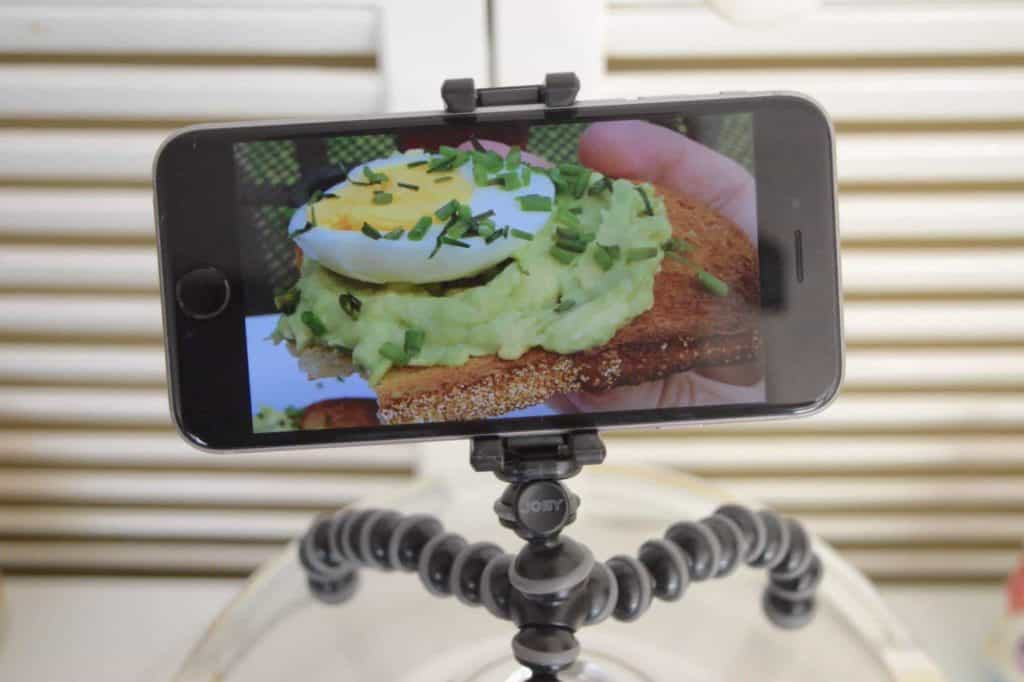 Joby's super-flexible GorillaPod tripod is your best friend whenever you need to put your phone on an uneven surface, or even hang it from something, to get the shot you're looking for. The ten points of articulation on each of its legs will give you all the flexibility you need to use it on even the most akward surfaces, angles, and inclines. As an added bonus, you can use it to hang your phone from the handles and knobs in your kitchen to turn it into the world's most flexible recipe-holder!

Use a Selfie Stick for a new perspective 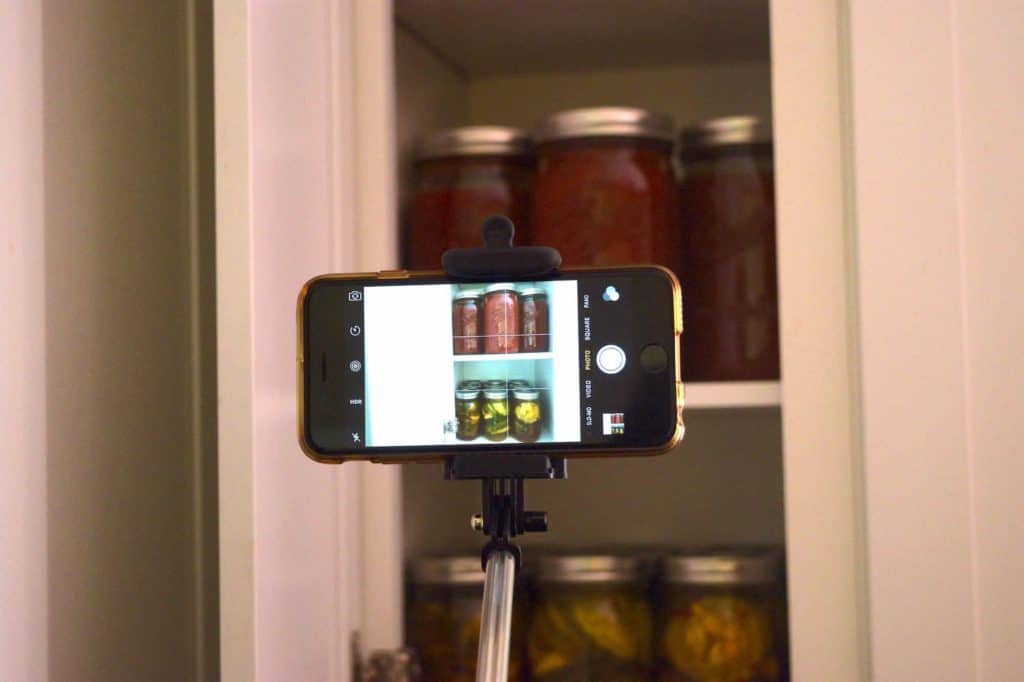 Everyone knows what a selfie stick is. As ridiculous as they can look when you're actually using them in public to take photos of yourself, they're really useful for snapping photos of the food you've got cooking, your desk, your pets, and anything else from a perspective you can't (or really shouldn't) pull off on your own. Skip the rechargeable bluetooth models, though, and go for one that plugs into your headphone jack instead – speaking from experience, you'll spare yourself the disappointment of reaching for a rechargeable selfie stick, only to find the battery is dead and you can't get your perfect shot.

Give your busy battery a boost with Anker's battery packs 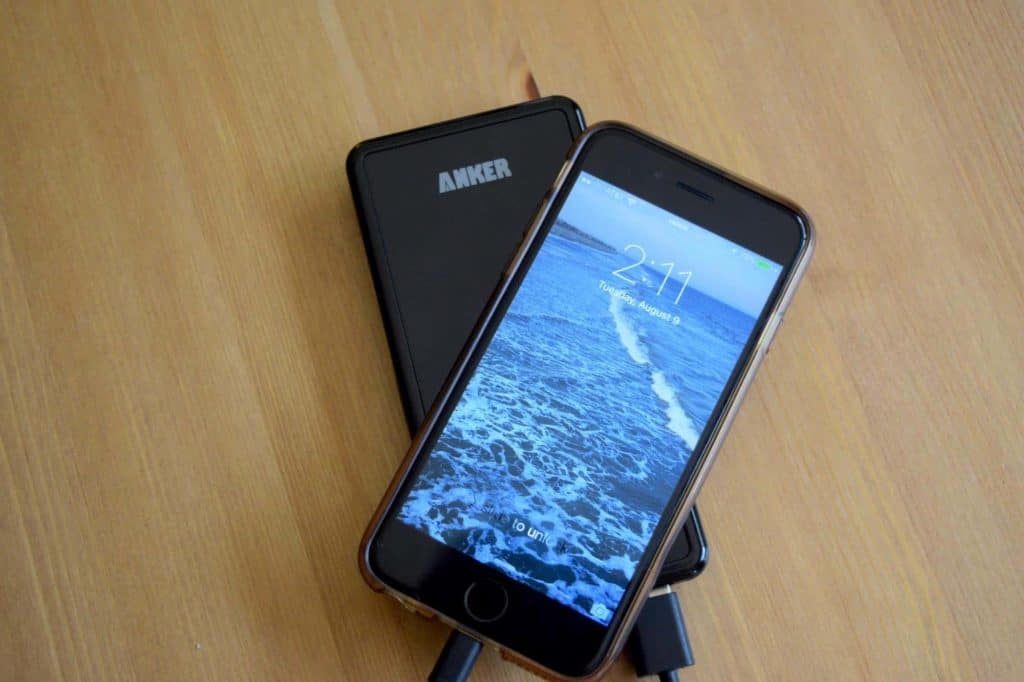 When you're shooting a lot of photos, it's easy to run your battery down pretty quickly – and that's ten times more true when you're shooting video clips instead! Any of the battery packs available on Amazon will get the job done, but Anker has become known for making some of the highest-quality third-party electronics on the market in the last few years, and their battery packs automatically detect your phone's charging capabilities so it can give them power as fast as they can take it in.

Correct perspective and distortion with SKRWT 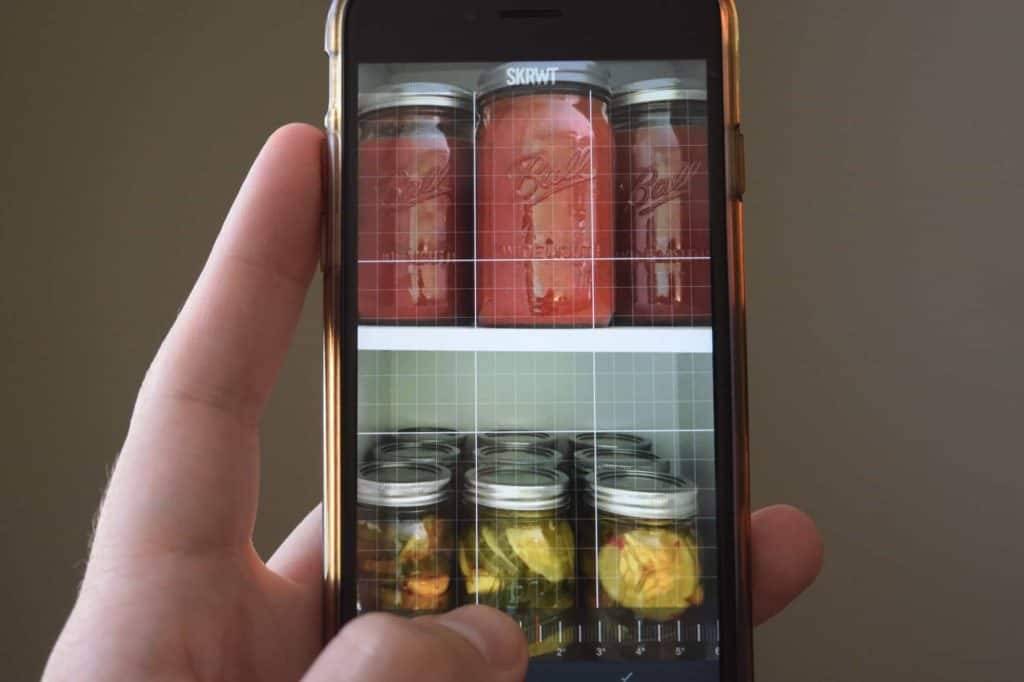 You may have noticed the tool in Instagram that makes it easy to correct the vertical and horizontal perspective in your photos by tilting them forward, backward, left and right (they're in the same edit screen as the rotate and tilt settings). SKRWT is like the power tool version of that, making it easy to not only correct perspective, but also crop and rotate with extreme precision, and even remove lens distortion caused by GoPro cameras or add-on lenses like the OlloClip.

Add features to the Camera Roll with Camera+ and Afterlight 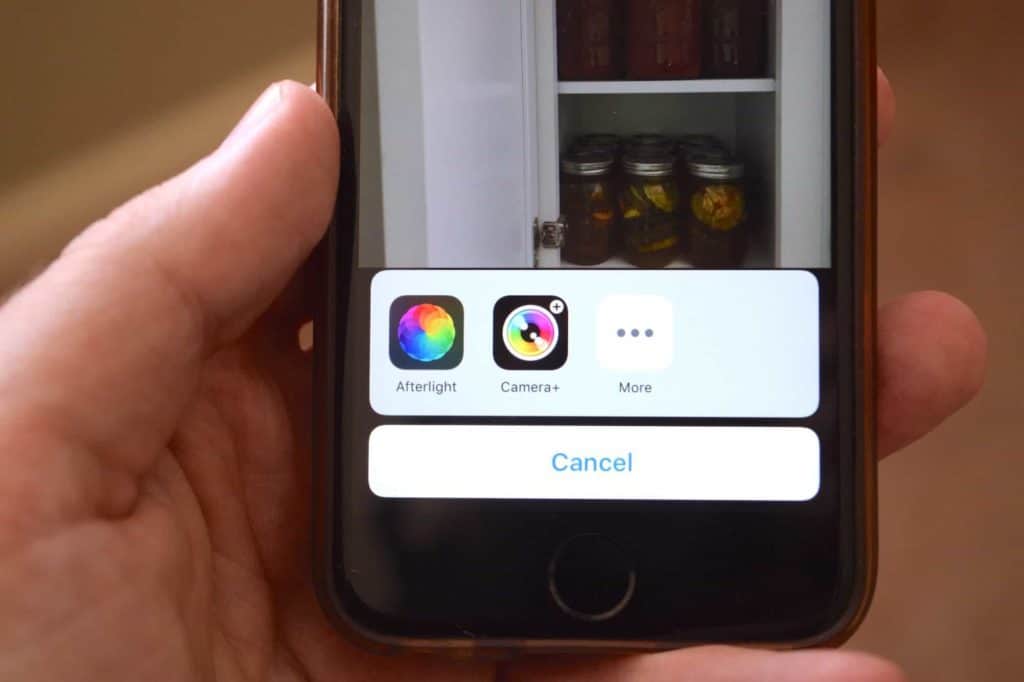 Photo extensions make it easy to adjust your photos from right within the default Photos app, without having to find a separate app, open it up, and import the photo you want to edit. There are other apps with photo extensions of their own, but Camera+ and Afterlight are two of the easiest to use.

To use one of their extensions, make sure the app is installed, then find a photo you want to edit in the Photos app. Hit "Edit," but instead of editing the photo like you normally would, tap on the circle with three dots inside, near the "Done" button. Then, select the app you want to use to edit your photo, and the tools from that app will pop right up on the screen for you to make your adjustments. When you're finished, hit "Done" and it'll save the original photo with the changes you made.

Hate the way it came out and want a do-over? The Photos app saves a history of changes to your photos, so it's easy to revert it to its original state. Just open the photo, tap on "Edit," then "Revert," and it'll take you back to square one. 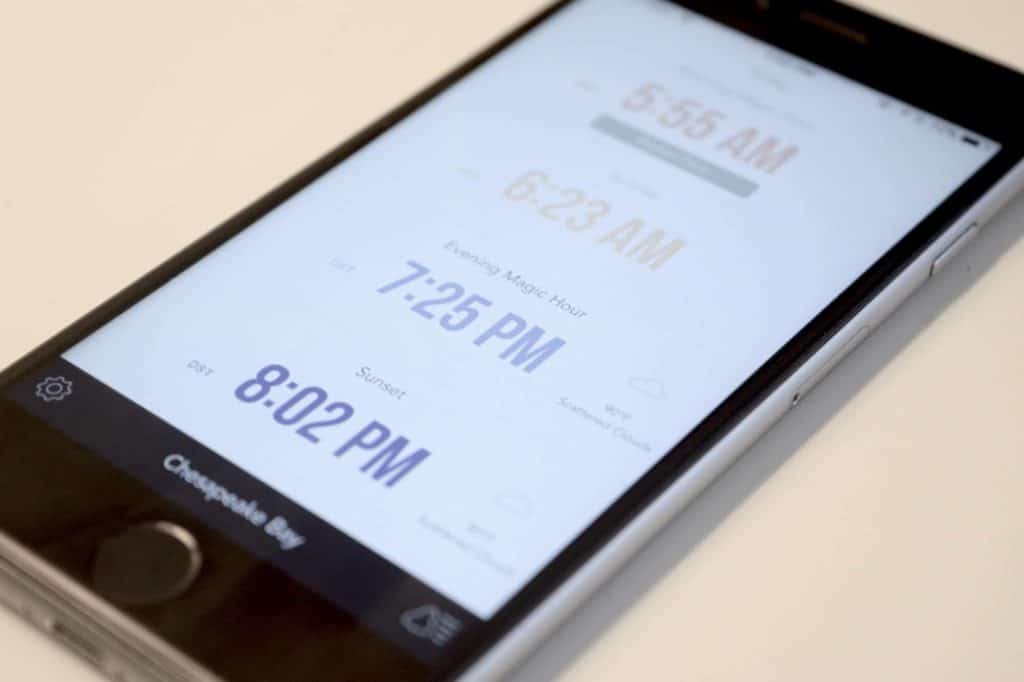 Sometimes, you just have to be in the right place at the right time to get the shot you want. If you want to catch the golden rays of sunshine that come with the Golden Hour that happens at the beginning and end of every day, a simple little app called Lumy makes it easy to work out the "right time" side of the equation. Just give it the location you want to shoot at, and Lumy will automatically calculate when Golden Hour begins and ends at that location each morning and evening based on the day's sunrise and sunset times. You can even look at future Golden Hour times using the calendar view, so you can eliminate guesswork when you're planning outdoor photo shoots in the distant future. 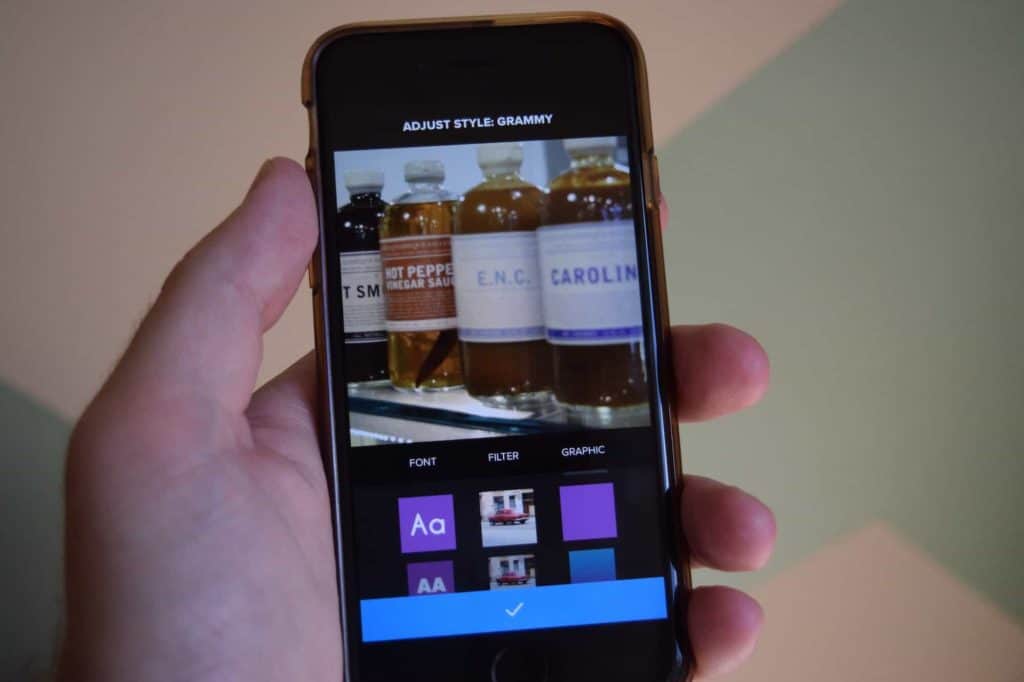 Sometimes, it's nice to just have a simple way to share your favorite shots of an event, a special occasion, or just a really great day. Enter Quik, a video app from GoPro. When you open it, you're prompted to select a bunch of photos from your camera roll, and then combines them into a short video slideshow. You can download the app and create your first video in minutes, and then customize it by adding text, choosing different music and video filters, and adding transition effects between photos. Once you've got it just the way you want it, you can share it to your social media profiles with just a couple of quick taps.

All geared up, with nothing to shoot?

Of course, the most important thing of all is that whatever camera you use, whatever equipment you attach to it, and whatever apps you download, you use it all to do your best work. If you're drawing a blank and you're looking for photo shoot suggestions, enter your email address below and you'll get a list of seven little food photography projects for inspiration.